A high-quality geography education will inspire in pupils a curiosity and fascination about the world and its people that will remain with them for the rest of their lives. Teaching will equip pupils with knowledge about diverse places, people, resources and natural and human environments, together with a deep understanding of the Earth’s key physical and human processes. As pupils progress, their growing knowledge about the world will help them to deepen their understanding of the interaction between physical and human processes, and of the formation and use of landscapes and environments. Geographical knowledge, understanding and skills provide the framework and approaches that explain how the Earth’s features at different scales are shaped, interconnected and change over time.

To ensure that all pupils:

Pupils will develop knowledge about the world, the United Kingdom and their locality. They will understand basic subject-specific vocabulary relating to human and physical geography and begin to use geographical skills, including first-hand observation, to enhance their locational awareness.

Pupils will be taught to:

Pupils will extend their knowledge and understanding beyond the local area to include the United Kingdom and Europe, North and South America. This will include the location and characteristics of a range of the world’s most significant human and physical features. They will develop their use of geographical knowledge, understanding and skills to enhance their locational and place knowledge.

Pupils will be taught to: 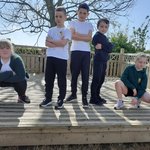 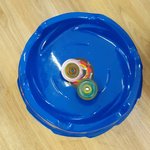