Applications for a place at our school are now open! Click here

Let There Be Light 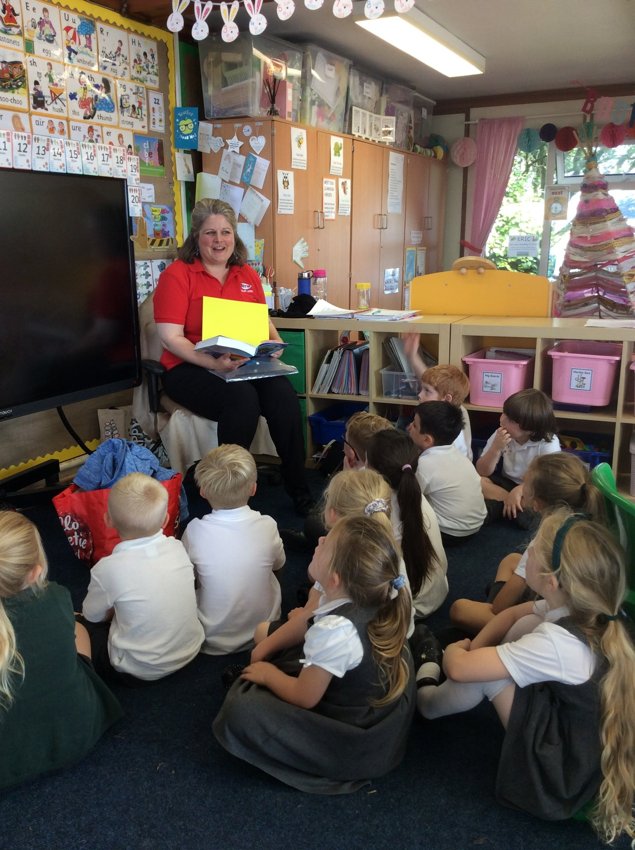 In our RE lesson with Helen this week we began thinking about Day 1 in the story of Creation. We explored the the bible verse Then God said, 'Let there be light': and there was light. Genesis 1:3

The children showed really insightful and deep thinking as they thought about and answered some big questions. Here are a few of their responses to some of Helen's questions ...

'The father of Jesus' said Alex

'He is in charge of us all' said Bella

'He is kind and strong' said Duke

'He is a helper' said Maddison

'He is very clever' said Reuben

'He is kind because he made everyone' said Bella

The children thought about other questions and ideas such as: Where do we find out about God? What would it be like living without God's Light?

“Would be scarey” said Duke

How would Christians feel if we had to live in a world without God?

'It would be terrible' said Duke

What kind of voice would God have? Imagine the sound of God's voice when he said 'Let there be light'

The children had lots of ideas and tried saying the words in the voice they though God would use . They used powerful commanding voices, happy, kind and confident voices.

'In a confident voice' said Abigail

'Not scarey because he is not scarey' said Bella

Then the children made some wonderful collages around the triangle symbol of the Trinity representing the three parts of God; Father, Son and Holy Spirit, using glitter glue, sparkly paper and colourful card shapes to represent the light that God had created. We were impressed by the chatter and thinking about the questions we had discussed as a group, that the children had with one another as they made their collages. 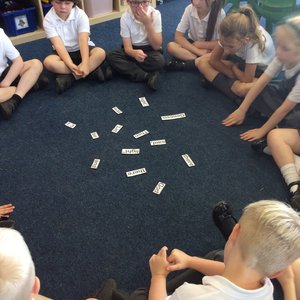 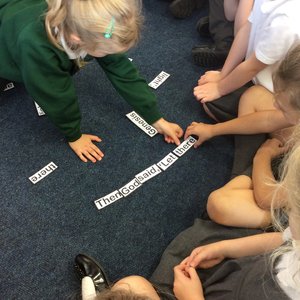 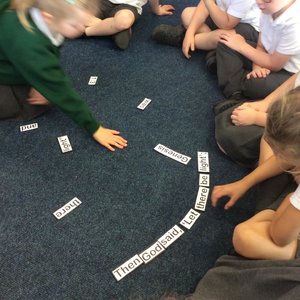 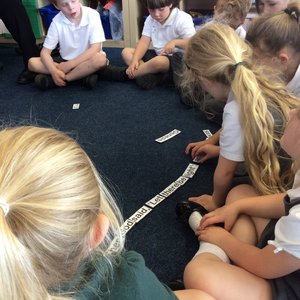 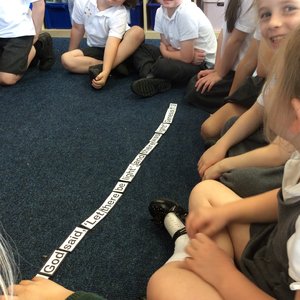 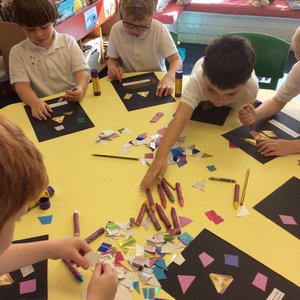 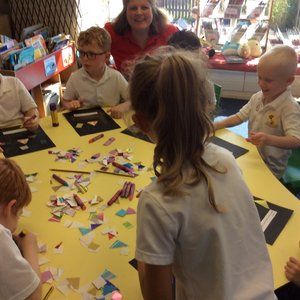 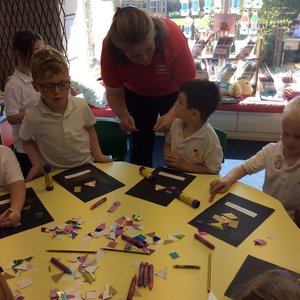 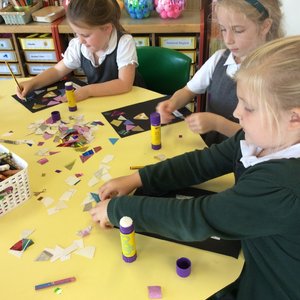 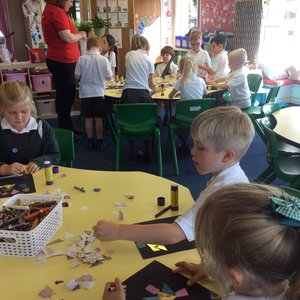 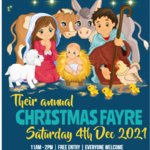 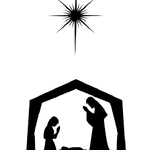 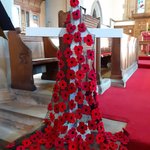